The More The Merrier

Project Description:
Students from both partnering schools will work together on preparing, rehearsing, and performing a joint theater play that will illustrate the life of people of diverse groups that are represented in our communities and the difficulties they are facing.

In the final phase of the project, trips to Skopje and Bucharest will be organized and theater play will be performed. Tickets for the theater play will be sold and all funds will be donated to an institution that supports marginalized groups.
In the first phase the students are asked to investigate and explore in their own communities, to identify the representatives of diverse groups represented in their societies, and to pinpoint how they are set apart from the group the students belong.

Then, by developing the script and creating the (fictional) characters for the theater play, the students will learn more about the lives of those targeted “others” and understand the difficulties and problems “the others” face.
Once the characters and the script were completed, the students started rehearsing the play under the supervision of the responsible teachers.

Numerous rehearsals were organized. Each school determined the time and place when and where the rehearsals would took place.
In February 2014, during the final phase of the project, trips to Skopje and Bucharest were organized and theater play “The More The Merrier” was performed on stages at NOVA International Schools and Colegiul National Gheorghe Sincai.

"This project clearly showed a very productive separation of tasks and close international collaboration in order to achieve a common goal. It is an excellent example of students working together on a variety of activities, both within their own schools and across the partnership, and creating a joint performance that was the result of their increased awareness and knowledge around the topic of diversity. The jury wishes to praise this project and its participants on the close international cooperation they displayed and which can be seen in the project´s final outcome." 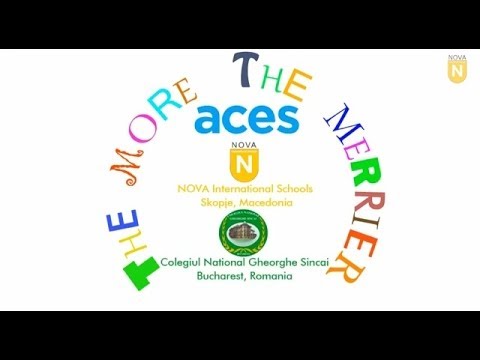 Get more tolerant through knowledge

The Rainbow of Diversity